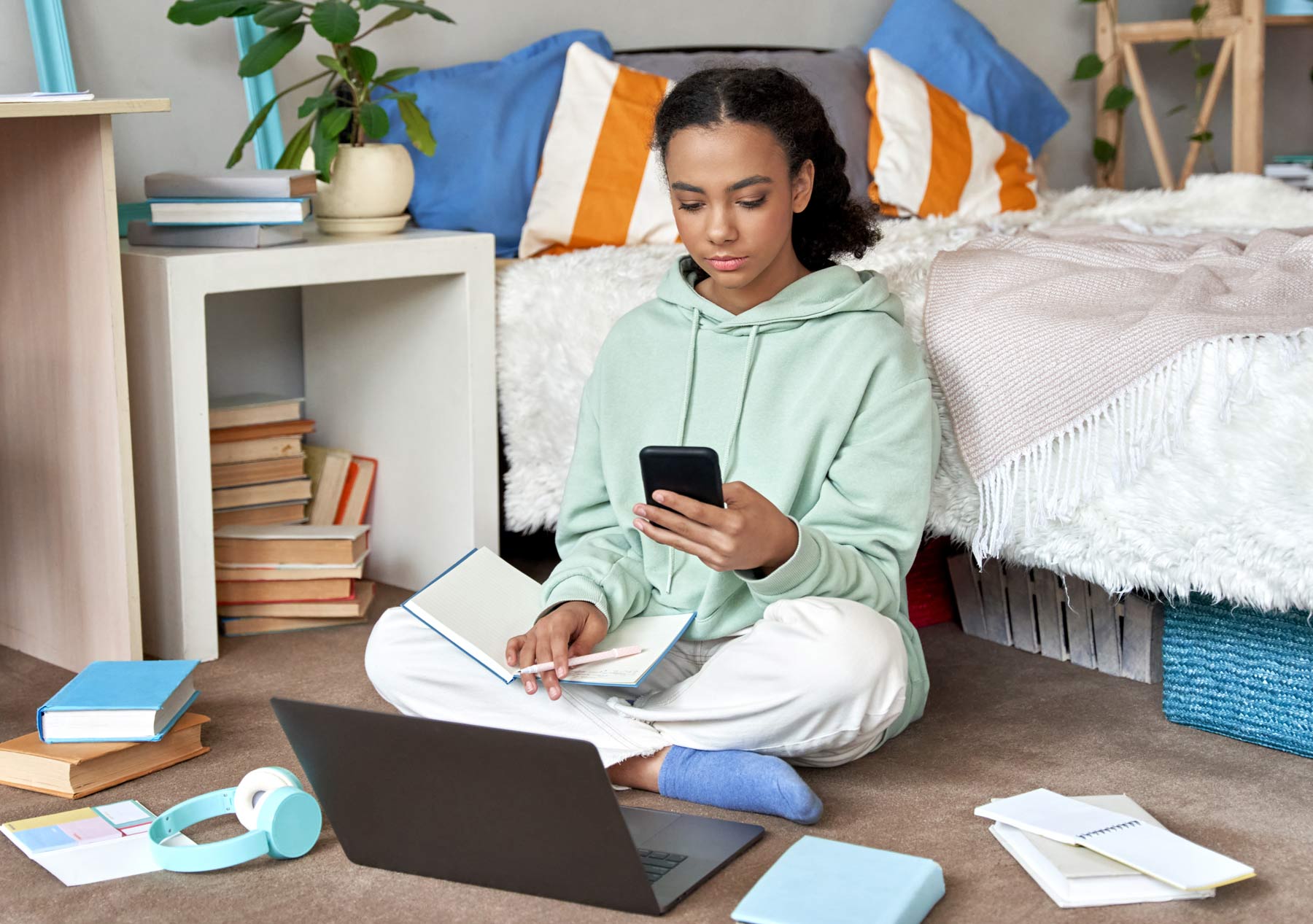 The concept of mobile learning includes all learning done on a mobile device. This includes tablets, smartphones and eReaders. Currently, learning on a smartphone is still quite marginal while learning on computers and tablets is the subject of many experiments and projects in recent years. Many benefits are regularly put forward to promote the use of mobile technology in education: more interactivity to enrich the content, the ability to create courses tailored to each student's progress, preparation for future careers around these technologies...

However, this transition from paper to digital is not a simple matter of changing the support for learning. A study1 conducted in February 2009 by the American psychiatrist Gary Small of the Semel Institute for Neuroscience and Human Behavior at the University of California used MRI to show how cognitively, reading on screen and reading on paper does not create the same brain activity. The experiment was conducted on a group of 24 people from 55 to 76, half of whom had never used the Internet. Reading on paper activates areas of language, reading, memory and vision. When a user reads a page from a search engine, the same areas are activated, plus those of decision-making and complex reasoning.

Let’s take a look at the impact of mobile learning compared to traditional learning.

Studies conducted in the last 10 years on the use of mobile technologies in the classroom gave very mixed results. A 2015 OECD report2 notes that in countries that have invested heavily in technology for education, no significant improvement has been seen in student performance in science, mathematics and reading. Countries where students spend the least time on the new technologies are not necessarily those with the worst results either (particularly in Asia).

In parallel, studies on the impact of the presence of the smartphone in the classrooms prompted many schools to ban phone classrooms. According to a study by the London School of Economics3, in UK, where the proportion of adolescents equipped with a smartphone is higher than in France and the US (90%), 98% of schools banned the phones from the classrooms. The study shows an average improvement of 6.41% of student resulted following the ban. For students with weak results, the increase reached 14.23% while the results of the best students are not impacted. This difference suggests that the use of the phone could increase inequality, contrary to what is regularly announced by the advocates of mobile learning.

Should we abandon the idea of introducing mobile technologies in education? Not necessarily.

Today the tablet market is in decline, replaced by hybrid solutions such as tablet computers. According to research firm IDC4, sales of tablets have decreased from 10.1% in 2015, with 206.8 million units sold worldwide while the smartphone market is still growing (+10, 1% in 2015 for a volume of 1.426 billion units).

A study5 was recently conducted over 3 years at the University of Central Florida (UCF) with 1181 students on the use of mobile technologies for educational purposes. According to preliminary figures from the study, 95% of students own a smartphone and 57% a tablet. An interesting comparison: undergraduates have more smartphones than graduates, and they themselves have more tablets (68%) than undergraduate (55%). A trend that is confirmed when they’re asked which medium they prefer for learning: younger prefer the smartphone while others favor the tablet. On average, if smartphone use for educational purposes increased (+ 19% in 3 years), the use of the tablet has rather decreased (-3%).

What are the obstacles to the adoption of mobile as a learning media?

Both students and teachers primarily state technical reasons for their reluctance to use mobile technology as a learning support. In particular, professors mention lack of training, technical support, connectivity problems as arguments against the mobile learning. For students, it is also a severe lack of adequate resources and content.

First major conclusion, it seems that it is better to focus on applications for smartphones rather than educational apps for tablets. The new generation is gradually abandoning the tablet. This is mainly due to the development of "Phablets" (which is a smartphone with a large screen) but also because the smartphone is always at hand, unlike the tablet.

According to Mobile Ecosystem Forum survey6, in 2014, 17% of global smartphone users were downloading educational apps. The market for educational applications is expected to generate $22 billion between 2015 and 2019, with an annual growth of 35%. A high potential that manufacturers have not hesitated to exploit into their sales pitch. Highlighting the educational possibilities of tablet apps is the final “push” for parents that are considering purchasing a tablet.

If the use rate of these applications does not necessarily reflect market dynamics, it shows a real interest in education on mobile. Problem is: the current offer is not convincing. If publishers of educational content and universities are beginning to digitize their content, there is still a long way to go to create a real offer entirely dedicated to mobile, and adapted to this new form of learning. It is not just about transposing the content of a textbook on a mobile in a homothetic manner. The smartphone creates a new way of learning that should be fully exploited to meet the expectations of students. With the new generation born with tablets and smartphones, the demand will get stronger, the students will be more active and more accustomed to the use of these technologies.

Mobile technology offers a wide range of possibilities to enrich educational content and invent new forms of learning, whether in the classroom, at home, or during school trips. Successful mobile learning experiences reveal the following key benefits: easier access to course content, more interaction with other students and with teachers, ability to get more information about the topics studied, improved quality of work, increased motivation. However, each testimony stresses the importance of following best practices to ensure the success of the project.

During school time, one solution is the deployment of centralized systems of smartphones managed by the class teacher, so that students can only browse the content defined by the teachers. This also implies that the SMS or phone options are blocked, as is the case with the "airplane mode" for smartphones.

However, during after school hours, and that's probably the most important time for the use of interactive educational applications, pupils and students will quickly focus on consulting these applications on their smartphone.

We are at the beginning of a profound transformation. It will probably be another five years before smartphones become the number 1 educational support for students.

Gjergj is the President and CEO of Gutenberg Technology. Before joining GT, Gjergj worked internationally in the software and media industries with expertise in digital publishing transformation. He studied in Milan, is a polyglot, and Co-founded a crowdfunding company while living in France. 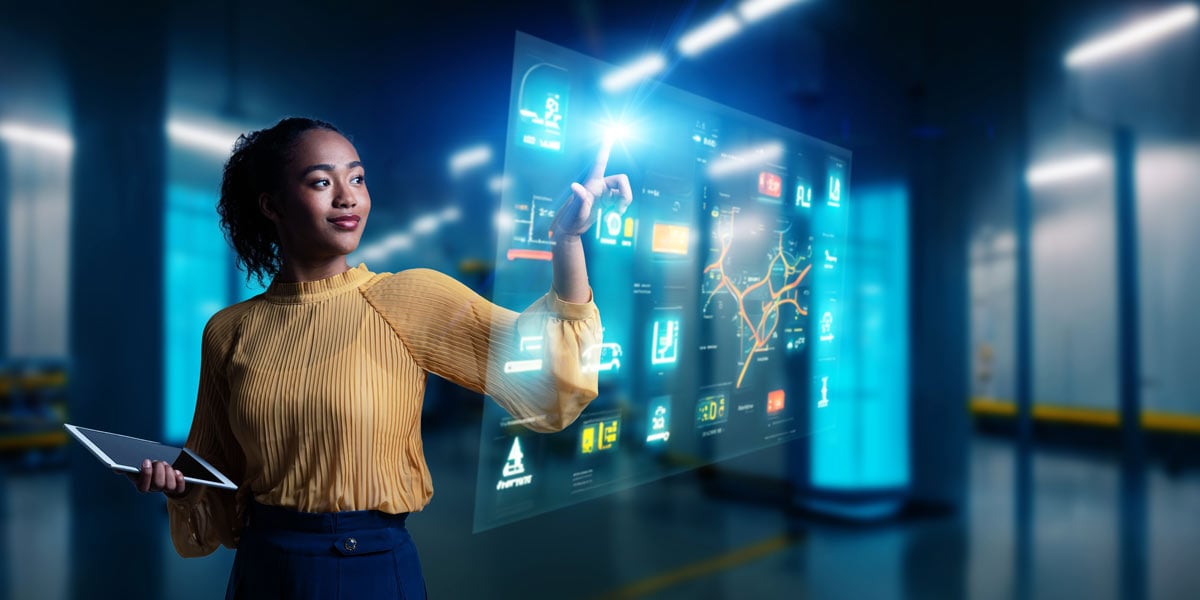 Digitally Innovative and Digitally Inefficient: The Challenge Educational Publishers Face That Nobody Wants to Talk About 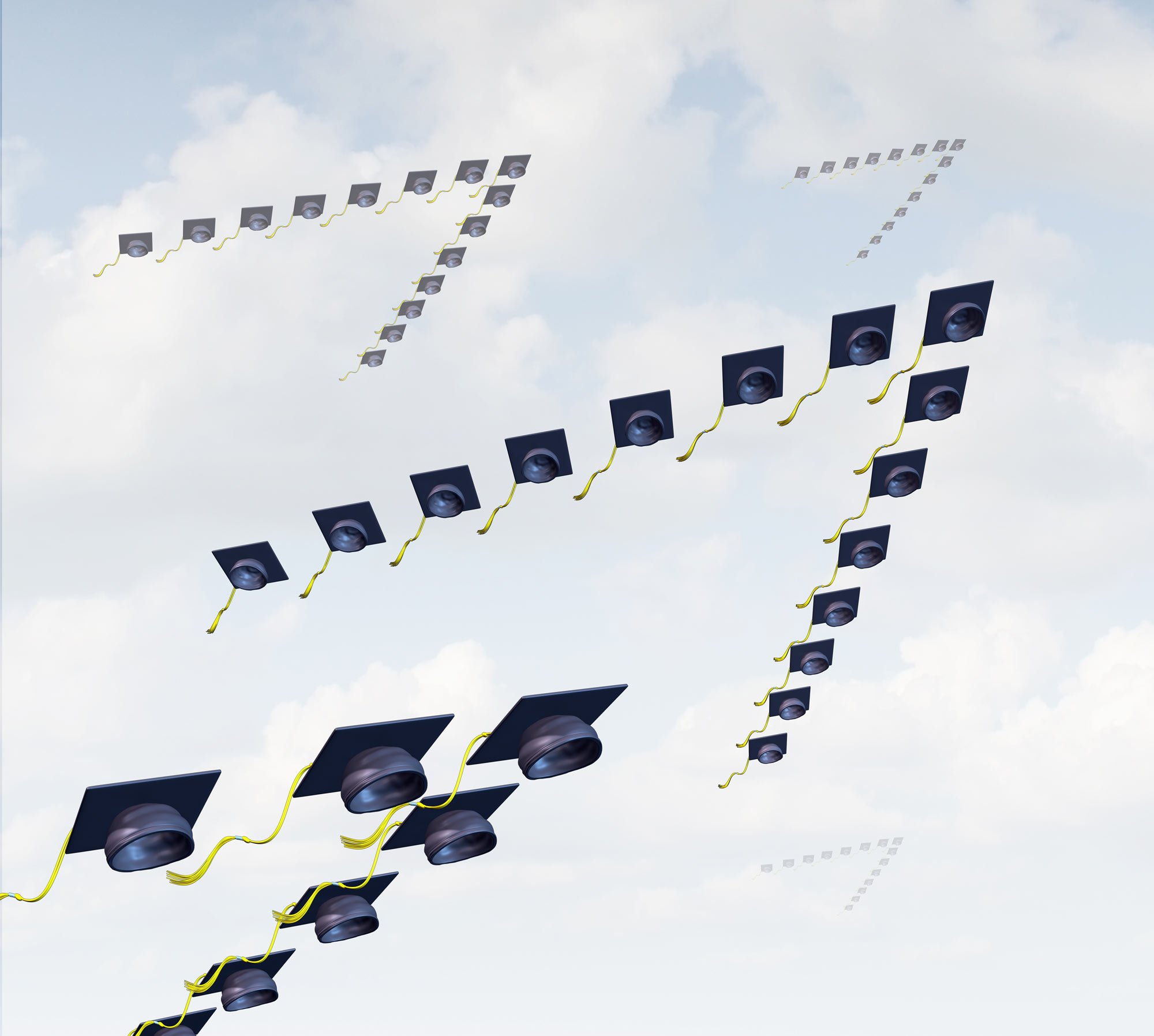